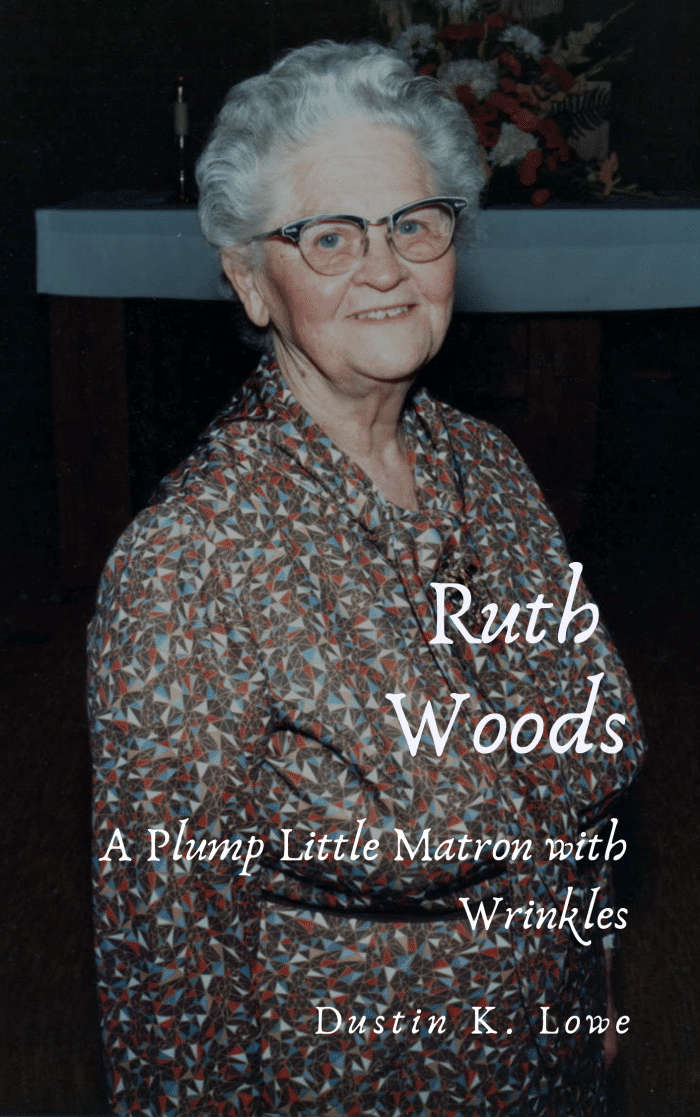 An inspiring biography recounting the generous life of Ruth Woods and her dream of starting a much needed senior housing project in a small community of Ohio which became known as the Richwood Civic Center. The Center became one of the first senior housing projects in the state. Experience her life that made history and shaped the community, recounted from the memories of her daughter.

A portion of the book royalties will be donated to the Richwood Civic Center.

In stock (can be backordered)

Ruth Woods: A Plump Little Matron with Wrinkles is Dustin Lowe's attempt to bring his great grandmother's untold story to life. Ruth Woods began the Richwood Civic Center located in Richwood, Ohio as a way to house the town's rapidly growing aging population. The Center hosted the first tetanus clinic in Ohio and has since expanded to include transportation services, entertainment, and outing events for the community. Told through the stories and memories of her daughter, Anita Davis, the biography focuses on Ruth's cheerful and hospitable life and her concern for the senior citizens in her community. At a time when very few communities began to think about services for retirees, Ruth's dream became a reality when she took up the responsibility of creating housing for the area's seniors. The book also includes her beautiful and well-written stories and poems. With this biography, Dustin hopes to paint a picture of Ruth that people can look up to for inspiration.